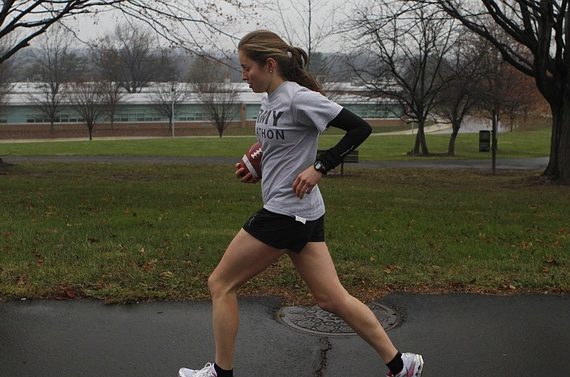 It’s 6.30 am. As every morning Anna is going to run without headphones! She likes to relax and think about the challenges of the day. Her mind is already full of thoughts. So many ideas, lots of doubts and so many fears.

Yes, because she has just finished the trial period in a big company and her manager, Mrs Mary, satisfied by Anna’s job, decided to hire her definitely. Anna is 30 years old and she has finally become talent acquisition specialist, the work she has been looking for since she was studing psychology at university.

Now she must show that she is up to her job. She has to support the HR manager during the recruitment of a UX designer.

She knows the steps to do for this research. In fact, she has been collaborating with colleagues during the last few months, and she knows the main advertising tools, the content to be included, and how to make a first screening of curricula.

However, she is reminding the speech last week the CEO of his company did during a corporate meeting.

During this meeting, the CEO gave an account of the business activity, praising the great commitment of everyone, and especially the research and development office that thanks to the brilliant ideas of the team has patented a process capable of reducing not only the time, but also the costs through the use of waste materials so far unthinkable.

He then concluded claiming that what he expects is that this way of thinking and generating ideas pervades all departments, not just R & D.

Anna at the time had not given such weight to these words.

Now, however, these phrases mingle with the work she has to do. On the one hand she would like to do her job in the way they told her; she would have less chance of mistake. But she knows that this is not exactly what is requested from her. His job should be to do the research in the best way, though she does not know how to do it yet, bringing new ideas to the HR office.

She’s thinking about the most common problems in choosing an employee. An excellent candidate who passed the interview with the HR office but who turns out to be inadequate for the tasks he will perform. Unfortunately, the selector can only rely on what is reported in the CV, he does not have a 360 degrees expertise.

It would be very useful a tool able to take into account the capabilities of the candidate. A kind of game, a task to be solved. There are big companies that create a competition to attract young talents, but it’s a long and expensive job. Instead, Anna was thinking at a simple website that allows her to place the announcement for the open position, to which the candidate can partecipate only by performing the task required.

She has decided that today she will ask to her manager if she can help her about this thing.

Initially Mrs Mary remains a little puzzled but decides to give Anna an opportunity. She tells her she would have search some informations, because she doesn’t know any company offering a similar service. Meanwhile, Anna would have to carry out the search in the usual way.

Marialuisa in the meantime decides to contact some HR managers of others companies to know if they have ever used services such as the one Anna was looking for.

To some of them this seems like a strange question, but to others it seems a good idea, but unfortunately they do not know such a service. Only a young recruiter who deals with international acquisitions has heard about a website, Innovingbiz, which seems just what Anna needs.

When Mrs Mary tells to Anna that existe a service like that she is enthusiastic. The functioning of the innovingbiz.com website is very simple, you just have to register and enter the ad in two minutes. What you have to do now is to think about the task you have to create for the candidates.

She realizes that the figure she is looking for, an UX designer, would be perfect to make a first attempt.

First she will have to discuss with the colleagues and with the future responsible for the newcomer. They will be giving her precious informations for the announcement.

Anna thinks about the typology of this task (which on the innovingbiz site is called “job contest”), and thinks that it would be a good idea to allow the candidates to analyze the company’s current website and to describe how to improve the user experience.

Anna is satisfied so she decides to post the ad!

To be sure that this contest could be read by as many people as possible, she publishes it on other sites that host job ads, and she inserts a link to the innovingbiz site through which interested people will have to candidate.
She also sends emails to those who have submitted a spontaneous application in the past with a link to participate in the job contest.

At the end of the contest Anna views the answers of the candidates and she submits them to the IT office. Compared to the number of participations Anna usually gets for each job search, the number is lower, but that’s a good thing. She realizes that in this case she has received applications only by people really interested in the position and that have the skills to deal with this role. Responding to the contest demanded time and commitment from the candidates. Also the IT manager is very satisfied and interested in evaluating the ideas received. He gives a score to each application received, so Anna can decide what candidates to contact for an interview.

After the interviews and after the hiring, the company’s CEO wants to talk with Anna. Although there are so many hiring each year, the CEO has heard the way the new resource has been selected. “You’ve done,” he says, “exactly what I meant when I spoke about innovation in all departments. We don’t know if the newcomer will be the best person because we can all go wrong or judge incorrectily people, but surely in this way we demonstrate that we want to change and try to improve things. This new method also allows us to understand how the candidate thinks and try to solve problems and improve our company. That’s exactly what we need! ”

Anna does not believe in his own ears. She is euphoric!
In fact, she thinks, if I’ve been hired through a contest I could have shown different ideas I have in mind to improve talent acquisition services and not only!